Fllsst, fllsst, flllssst, a novel
Topos books 2020
Three elderly friends who happen to have the same name, Thomas, swim two or three times a week, both in winter and summer, at a windless beach in Varkiza, on the Saronic Gulf, near Athens, Greece. They pass their day drinking ouzo, eating delicacies, telling crude jokes, singing pop songs, experiencing almost unmoved the humanitarian catastrophe of the country, avoiding even to comment on the humanitarian crisis events that are raging around them.
But somehow the events visit them uninvited. In December 2012, in the midst of a sudden storm, a small sailboat with three passengers takes refuge on their beach: Nondas, a former boatswain, his Mexican wife, Inez, a former Zapatista nurse, and another winter swimmer, teacher Fontas, whom the three Thomas' company avoid because he constantly reminds them the harsh facts of the crisis.
After this meeting, an unexpected promise of a lost paradise gradually deregulates the quiet daily life of the elderly swimmers. Between 2012-2016, the most valuable things that the three Thomas have loved, adored, believed and lived thus far are tested to death…

The novel is an attempt to portray the reactions of people who experienced the humanitarian crisis in contemporary Greece not just as a financial disaster, but, and this is equally important, as an ethical and even as a cultural threat to their lives.
Fllst, fllsst, flllssst explores the limits of tolerance of a raped society – a society unprepared to fight not only against the economic sanctions suddenly put on it, but most importantly against the false credos permeating for decades, since WWII, its whole existence.
Fllsst, fllsst, flllsst is definitely a novel for the child soul of the elderly people.
Fllsst, fllsst, flllsst is, finally, a novel about the deadly charm of the sea.

​The strange title refers to the incessant plashing of water at the edge of the sea. In the book this onomatopoeia emphasizes, reveals or simply accompanies every small or big turn in the lives of the main heroes. It is a constant reminder of Time, of the eternity of things, of the continuity of life against all odds. 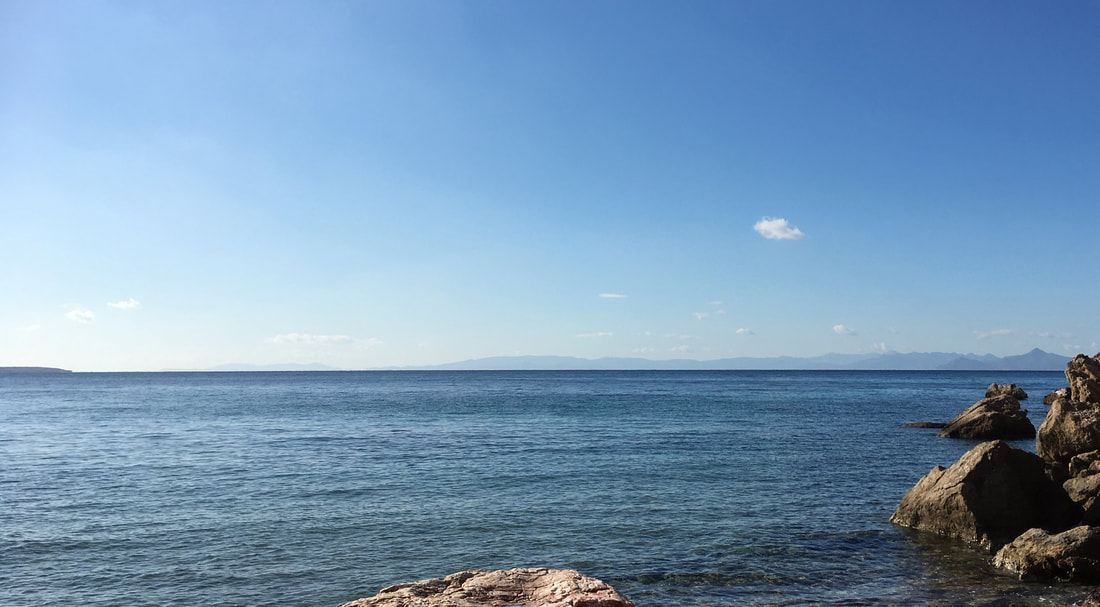