The first edition covers of the 3 books 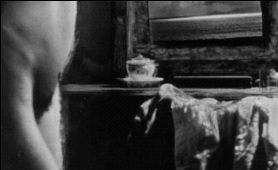 * This demonstration is being held each year on November 17, in commemoration of that day's student riot against the dictatorship of 21st of April, at the Polytechnic School in Athens (in 1973), which soon escalated to further mass actions and consequently led to the fall of the Greek junta. 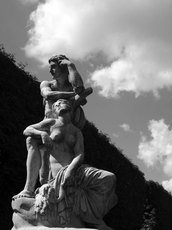 Short stories anarchic in humor and bitter in polemics set against the background of the eighties when all social hope for a better future etc. was substituted by an eagerness to gain more (and easy) money. Simply put, this is the story of dreams lost and Greece lost in the aura of post dictatorship relief – since all this was experienced in a late vague of crazy consumerism. The title plus the free, liberal style of writing made at the period a lot of young people fantasize the possibility of a world of free sex, drugs and (of course) rock n' roll! But that is not exactly the meaning of this particularly poetic book… 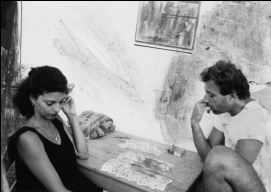 This book attempted to picture (without the author fully realising it at the time) in a very early stage of globalisation, what this particular social and economic fact meant for young people in terms of Greece. Melancholy, existential anxiety, difficult relationships, anarchic explosions of the here and now, sex in the place of love, this is the book that, for a whole period, used to be the bible of the anarchist / liberal youth in Athens.