I enjoy pictures a lot. Since my early childhood. Pictures of all kinds. Seeing the world through pictures of all kinds has been part of my work as an artist from the very first moment I realized my vocation. I must repeat here something I wrote elsewhere: first I started to draw, paint and take photos and then, through this visual workshop experience, which has been indeed a life's experience, I moved to writing. I should also remind my reader that my first published attempt, Real bottle and Fake bottle, consisted indeed of full-page drawings juxtaposed to text-pages. And of course, if you have already visited my Joyce page in this site you are aware that my first illustrated book has been Dear Dirty Dublin, a pictorial study of Ulysses. Apart from that practically all my books are illustrated with photos of mine either on the cover on in the inside layout.
In this respect making books with other people's photos has been a real enjoyment for me: reading carefully the pictures, emphasizing the what and how one should see into them, placing their subject in its social and cultural context, understanding a moment petrified in History but crossing the line of Time, making a story out of a compact series of pictures – all  that industry made me accompany the photos in each project with captions and texts emphatically longer than the usual practice trying in this way to grant, sort of, a second life to the photos, a narrated life that runs in a stream parallel to the visual one.
A photo eye-witness to the dreams' street, Archive Takis Pananides, 2013. 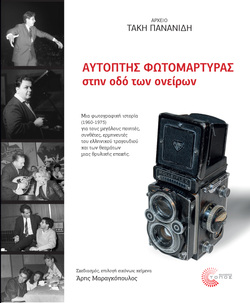 A story of photos that capture a legendary era of greek pop music (1960-1975) which still means a lot to the Greeks, and seems to be indispensable to the knowledge of whoever might need to learn more about contemporary greek culture. This photo-story, is based on photos chosen by Aris M. from the Archive of Takis Pananides.
Takis Pananides was a well-known photographer who followed consistently the evolution of Greek pop music in the sixties. His photos contribute a lot to the historic and cultural heritage of the period. The artist, in his more than 25 years career, has managed to capture in film the best moments of those innovators (musicians, lead singers, song-writers etc) who revolutionized Greek music – and the accompanying texts by Aris M. explain the revolting impact of a fresh sound and verse to a society oppressed by the royal USA-supported regime of the period (Topos books).

The layout of the book in 3 spreads 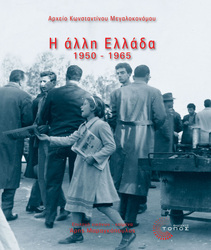 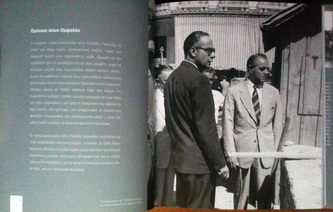 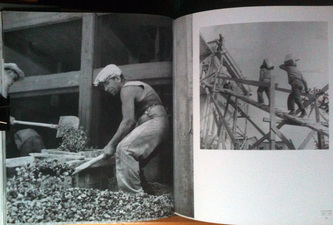 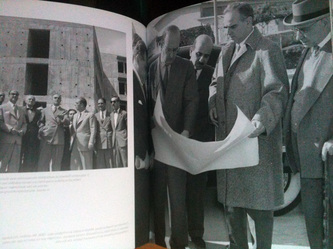 The book 's concept (Topos books 2007) is built on a selection by Aris M. of more than 150 black and white images, many of which had appeared on the front pages of Greece's leading newspapers between 1950 and 1965, since their creator, Kostas Megalokonomou, had been working for many decades as a photo reporter. Photos are accompanied by texts which are something more than captions; Aris M. presents a way of seeing the realistic dimensions of history which underlies what is accidentally captured by the ephemeral reportage.
This is a photographic record of recent Greek history as experienced by common men and women in the post-Civil War period rather than by the protagonists like politicians and other prominent Greeks of the period.
It is a sideways look at a country that is less folklore than usually portrayed abroad and more politically aware than its travel-poster image might suggest. This is in fact an unknown Greece with its martyrs and its saints, with people deeply distressed in their everyday life, in work and at home, a Greece of which the best part of its intellectuals attempted at the period to get rid of the ghosts of a past which divided them for a lost cause.
In this photo history the reader is facing a Greece that as a whole did not succeed to get rid of its past at the end, a sad country of melancolic popular songs and fierce civil wars that have been fought in vain, a Greece whose incapable politicians and loose state institutions prepared the ground for the establishment of an American-backed junta in the years 1967-1974. This is a portrait of a country that never had a real say on its future. A country that did not and could not take part in the "swirling sixties" party of the rest of Europe…
Russia: 100 years, 2002 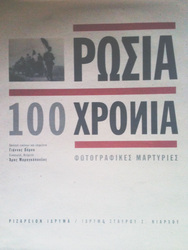 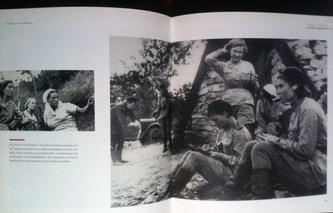 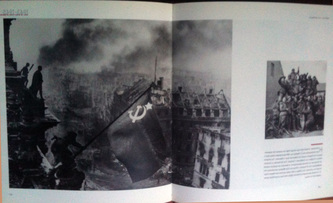 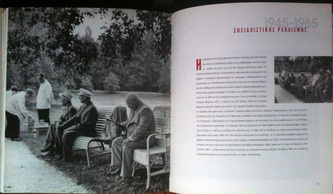 100 years of social upheaval and transformation in a vast country. 100 years of social expectations and dreams that were doomed from the very beginning. 100 years of an ambitious social experiment that ended with the victory of capitalism over the application of socialist ideas predominantly in one country. 100 years of Soviet Union as the left pole of a risky balance: that of super powers who governed the world through the might of violence, money, and continuous intimidation for a nuclear war. 100 years of history, the 20th century history, in amazing pictures. From the early years with the first timid reactions against the tzar's absolute monarchy to the perestroika era.
The principal concept of this project has been to show through a combination of pictures and text the unbelievable historical contradiction that dominated the lives of all people during a great part of that period: in such a way that while people in USSR longed for the paradise of the West and hated in their majority the Stalinist regime, millions of other people in the democracies of the West longed for the socialist paradise they believed it prospered in USSR! In both parts of the globe people had been very anxious to get what they didn't possess in their own country, giving a hard and continuous struggle to attain their utopian dream, which at the end has been proved for both sides to be a mere illusion (A co-edition of Rizareion and Stavros Niarchos Institutions). 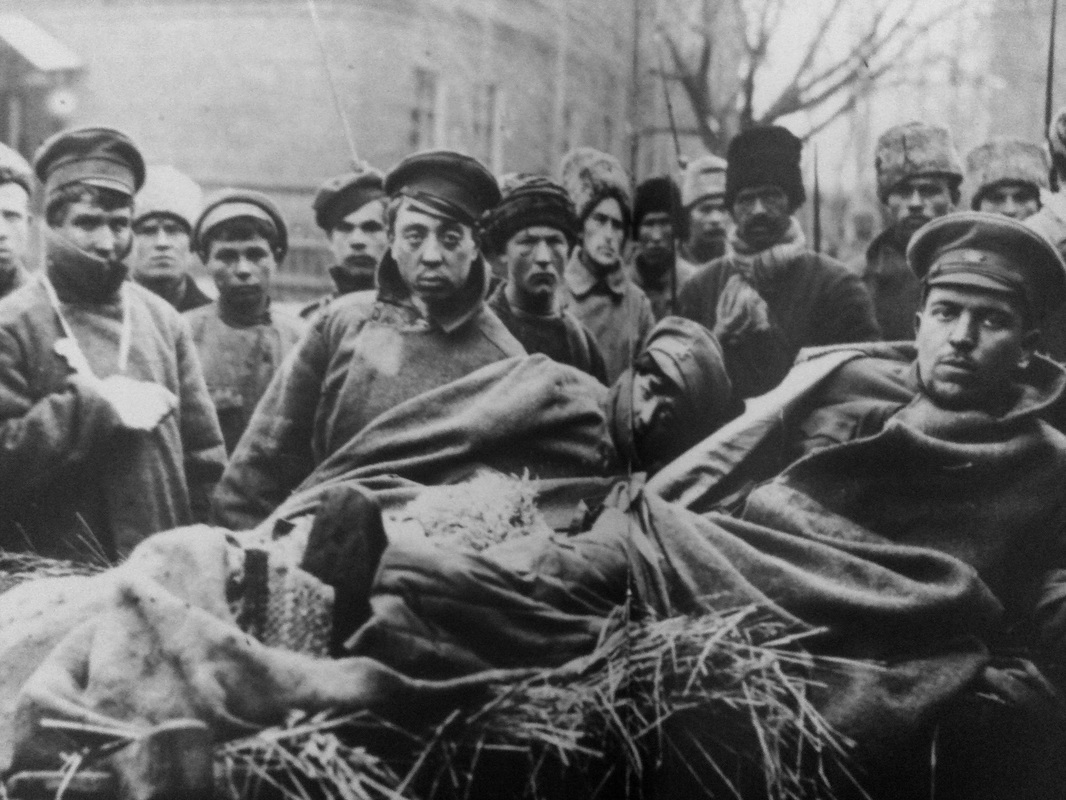 Bolchevic soldiers during the civil war.