Grandpa Karl and cousin Laura, a story of enduring inspiration 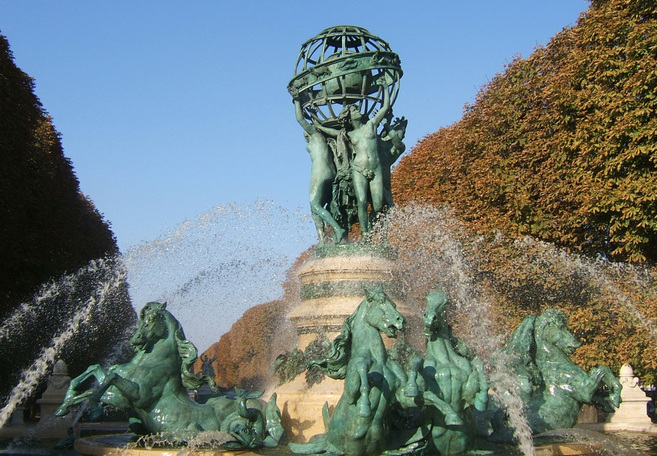 If, uprooting from its heart the vice which dominates it and degrades its nature, the working class were to arise in its terrible strength, not to demand the Rights of Man, which are but the rights of capitalist exploitation, not to demand the Right to Work which is but the right to misery, but to forge a brazen law forbidding any man to work more than three hours a day, the earth, the old earth, trembling with joy would feel a new universe leaping within her. But how should we ask a proletariat corrupted by capitalist ethics, to take a manly resolution ...

Paul Lafargue,
The Right to be Lazy, 1883.
I have met Karl Marx at the age of 17, Pablo Picasso at 18 and James Joyce in my twenties. Far away have been pushed these beautiful student days but I remember very clearly the strange intimacy I felt to these three mythical figures. Getting to know them more and more closely meant to me getting accustomed to an unexpected and long-desired kind of inexplicable in plain words ''pleasure'': La joie de vivre. Or, better: La jouissance de vivre. That was the exact feeling. Bliss.

Seen from a more realistic, more personal aspect one has to admit that meeting with them probably suggested a substitute of physical grandfathers I had never a chance to meet in reality. As I came to realize very early, these three figures, coming as they were from another world still unmapped to me, became gradually soul relatives bringing along as a gift to their grandchild all the wisdom of the world and a bit of fancy – and, since they were very intelligent people they could manifest a certain spiritual affection towards me, understanding, as they did, better than anything and anyone else my desperate need to increase my narrow percentage of freedom in this oppressive society.

And then, at a later age, I made the acquaintance of my dearest cousins Paul Lafargue and Laura Marx as well as that of my eldest brother: Marcel Duchamp. He made his playful, yet somewhat dramatic, entrance into my world in my thirties. I hold the same ideas on art as him but I have never been able to apply them in my everyday reality, I have never had the courage or the means (may be it is the same) to be the activist of his stature. Greece is such a sterile country, a waste land where you can't be brave because nobody expects you to be one.
And there' s a brother to me…

Marcel Duchamp has always been a dear brother to me. An eldest brother, whom I could trust, who could inspire me beyond the monumental borders of grandfathers. Living life as a work of art, showing indifference to the demands of artistic fame and commercialism, Marcel responded to my deeper dreams. I live as Marcel – though I am not Marcel, I am not that artist, that thinker, that wise figure, that chess player, probably even, that lover. Every day of my social life I let loose the curtain of conformity and try to save behind it the pretext of a life led in beauty and truth. But in most times the only thing I gain after such austerity and pain is despair. You must be Marcel to live like Marcel: "I like living, breathing, better than working. I don’t think that the work I’ve done can have any social importance whatsoever in the future. Therefore, if you wish, my art would be that of living: each second, each breath is a work which is inscribed nowhere, which is neither visual nor cerebral. It’s a sort of constant euphoria."*

Fear not them that sell the body but have not power to buy the soul.
James Joyce,
Ulysses, 16th episode, 1922.

O Laziness, mother of the arts and noble virtues, be thou the balm of human anguish!
Paul Lafargue,
The Right to be Lazy, 1883.